Vitamin B2, Riboflavin, with Your Breakfast Reduces the Incidence of Migraine Headaches


Studies have also shown that taking Vitamin B2, riboflavin, with your breakfast reduces the incidence of migraine headaches. In one study of 49 migraine patients, very high doses of Vitamin B2 reduced migraine severity by 70%. The RDA for Vitamin B is 50 mg daily; the doses used in the study were 400 mg. Riboflavin or Vitamin B2 is water soluble, so any excess riboflavin will just be urinated out.

Forty-nine patients with recurrent migraines were given riboflavin with breakfast 400 mg/day, for at least 3 months. The average number of migraine attacks fell by 67%. The average migraine severity improved by 68%. One patient stopped treatment because of stomach upset (that person was also taking small amounts of aspirin). No other side effects were reported from the other patients.

In another European study with 55 migraine patients, high dose riboflavin (400 mg per day) reduced migraine headaches by at least 50 present in most of patients.

Riboflavin is a precursor of enzymes in brain energy production. It may work by increasing the threshold necessary to induce a migraine headache.

Riboflavin has very little side effects even at this high dose. The urine color will change to a brighter yellow.

You need to take riboflavin consistently for at least 3-4 months before seeing an effect on your migraine headaches.

From Headache Alternative by Mauskop, MD.

I received my order today, thanks! I will be good for another nine months now. I am attaching a pic of our baby boy we had last year. I stayed on the Progestelle for the first three months of my pregnancy until my body was making enough progesterone on its own. We gave birth to an 8 and a half pound baby boy that was 22 inches long and in 100% health. I also started my Progestelle again about one month after having our son so I would not have any post partum issues. Our son is now on year old and I have not had any post partum depression and my periods remain light. Since we do not want any more children I only stop my progestelle for the week I am on my period. My periods are light and very little discomfort. Thank you for your product and the information you send with it. I have many instances when I can share my success with others and I tell them about your product.

I have had four children over the past 25 years and never had a miscarriage or any symptoms of one. I had a placenta previa with my first child and I also had severe vomiting for three to four months that required hospitalization. The problem with getting pregnant this last time was the fibroid in my uterus. It seems that the fibroid had grown so large it was nearly growing out my cervix. The reason I began the progestelle was that I had been having worse and worse cycles (obviously the growth of the fibroid) and actually had a period for two months with bleeding so bad I used 3 tampons and one pad at a time and that only lasted an hour or two. I went to many doctors and they did not help. I was so scared I was going to become anemic I began taking iron supplements and drinking icees just to get through the day at work without passing out. I was, however, beginning for forget things that I did not usually forget. It was at this time that I began my own online research, found you, ordered progestelle and my period finally stopped. The progestelle helped me get by a few months until I could schedule surgery and time off to remove the fibroid. After that, I still stayed on my progestelle and my cycles were actually not excruciating anymore. They were so bad before I had the fibroid removed that I would lie down with lots of tylenol and still cry for hours. I have a high pain tolerance so for me to cry was a bad sign. Once that was removed I got pregnant within 3 months after we had been trying for 4 years. I also had NO vomiting with this child either. Not sure why, I understand the the b vitamins help with that a bit. Anyway, I have the lightest, easiest cycles that I have ever had in my life since I have been on your progestelle. I have had severe periods since I was 16, but with the fibroid ( that took doctors four years to find) they were even worse. Progestelle has also taken away, for the most part, my PMS. My PMS was really bad but that too has gone away with the progestelle. 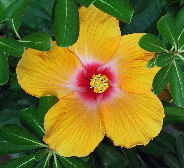 The doctors that I went to for years and tried to tell that I had problems told me I was having "good, heavy, normal periods". Obviously those doctors were ignorant, to say the least. I don't usually treat myself with online information but the lack of doctors that actually want to learn about your progestelle is staggering. It seems that all they could do was make fun of what was working for me, and probably attributed it to "being all in my silly blond head". Finding you and your product has literally changed my life . Thanks. I don't know how you are so open to leaning how to help women but "more power to you". I appreciate your willingness to learn and help women like me. I only wish that there were a world full of more people like you.

Sure you can publish my testimony. The only thing I did not mention is that my breast milk dried up pretty quickly when I started my progesterone again after having our son. I did get 5 weeks of breastfeeding in before I started my progesterone again though. I would be glad to share my testimony because it seems that some "doctors" are a bit ignorant about this progesterone and tend to scare prospective people away from using it when it is really safer than the crap doctors prescribe. I have had many doctors make fun of my progesterone and one did it to my face. It is simply not fair that women get the scare tactics from the doctors they go to concerning natural progesterone alternatives. I would love for my testimony to be an encouragement to other women so that they will not let other doctors scare them out of using it due to unjustified ignorance.


What a Huge Relief!

Of course you may publish it. I am so thankful that I need not go through any invasive procedure and hope women with similar problems would benefit from the right product which is unavailable in my country.

(1) Bad MONTHLY BLOATING AND MOOD SWINGS for many years --both pre and post mens migraine headache as well as lower abdomen cramp during mens.

(2) Previous scan report said "Monthly abdomen endometrium appears slightly nodular which may be due to monthly abdomen endometrial hyperplasia or underlying polyps. The thickness of 11mm is still within normal limits. No uterine or adnexal mass present. A corpus luteum is noted within the right ovary." The scan was done in May and I started progestelle in late June till now. The latest scan on 29 August showed EVERYTHING HAS BECOME NORMAL. My slightly bulging stomach has gone down again and I don't feel bloated anymore.

(3) I totally kicked caffeine and switched to conti olive oil soap as well as beauty products without paraben since June as advised.

(4) Also took vitamins B, calcium + E as recommended in the booklet.

I would certainly continue to use Progestelle at a maintenance dose for many, many more months. Thanks for the advice. Noted about pregnancy but no big issue with that as I am still single.

Look forward to getting progestelle with thanks! 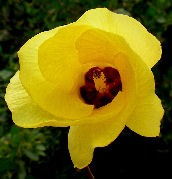 I just had my scan result and what a huge relief-----that my monthly abdomen endometrium has gone from 11mm to 4mm!!!!! And the scan shows no other abnormality!!!!! Its truly amazing that I have used progestelle only for 3 months and the problem has cleared up. Indeed, it was a good decision I did not rush into committing to any invasive procedures!!!!

A BIG thank you to you, Dr Eckhart!!!

I am applying progestelle full dose in the 4th month now. Do you advise I could continue it with a maintenance dose the 5th month on? I must say the olive oil base is great, it absolutely did not give me any itch. Progestelle is running very low, would very much appreciate if you could mail the remaining balance to me.

As for my gal friend who is using the double strength I passed it on to her, she is applying only the maintenance dose because beside MONTHLY BLOATING AND MOOD SWINGS, she does not have any problem with her reproductive system, is it ok? Please advise too.

I went for another follow-up scan a few days ago since the last one in September. Like that of September, the scan shows NO abnormality and my endometrium is 3mm thick which is excellent!!! I attribute it to the continual use of progestelle.

I would like to place order for myself as well as two of my gal friends. As two of them are ordering through me, is it still possible to still enjoy the 1 bottle free for each of them?

These two gal friends of mine only suffer from MONTHLY BLOATING AND MOOD SWINGS. Can they go on just maintenance dose of 1 bottle of olive/grapeseed or 1/2 bottle of double strength every month?

Hear from you soon.

As I have a clean bill for the past 3 years consecutively, my gynecologist discharged me therefore I have no result to share with you. I am positive I am doing well. I still diligently apply progestelle from day 6-26 every month and am down to the last bottle. Hence, I am placing a fresh order.

Thank you once again for the wonderful product.
cheers,