Many Herbs are Hormone Disruptive and Worsen Headaches


Most of the personal care products in the health food store has some kind of herb that just happens to mimic estrogen. These herbs will make your migraine worse, if you have a headache that varies with your cycle. The herbs look like estrogen to your body. The herbs are hormone active.

For instance, there are about 300 folk medicines in Europe that are designed to increase breast size. 200 of the 300 these herbal concoctions are topical. What do you think are in these herbal breast enlargement formulas? Yes, these herbs look like estrogen to the human body. Yes, these herbs make migraine headaches that vary with the cycle worse. Yes, some of these same herbs are used in personal care products. It does not matter that the herbs are natural or organic. The herbs mimic estrogen!

Many of the fragrant herbs just happen to be hormone disrupting. This is how the plants fight back at animals that eat them. Animals in general do not eat the fragrant plants. However, we humans use the fragrant plants as taste enhancers in food and perfumes in shampoo and soap.

Let me give you an example a prototypical example. You can web search "Clover Disease" and sheep. In the 1940's, sheep farmers in Australia imported clover from the Mediterranean to give their sheep better nutrition or so they thought. The sheep began to have still births. After several years, there were no births at all even after breeding with fertile rams. The clover was not poisonous. Finally, formononetin, only one of the chemicals, was demonstrated to be the problem. It was a hormone active naturally occurring plant chemical in the clover. The first scientific paper on this problem "clover disease" appeared in the Australian Veterinary Journal in 1946.

This is from Polycystic Ovarian Syndrome: A Woman's Guide to Identifying and Managing PCOS by John Eden:


I was desperate for relief from the pain... . I am now surprised when my period starts!

This website has been a lifesaver for me. I found it while searching for alternative treatments to endometriosis (rather than complete hysterectomy). I thought it all sounded pretty wacky, but I was desperate for relief from the pain. I followed the advice about cutting out parabens & what not, ordered my Progestelle, laundry & dish detergent, Indole-3-carbinmol. I followed all the rules & waited 2 months for the chemicals to leave my system before using the Progestelle. Wow, what a difference! Even before starting the Progestelle, my monthly pain decreased dramatically during that 2 months. I am now surprised when my period starts, whereas before I had plenty of advance pain to let me know it was coming. I was taking Hydrocodone for the pain, now I take a couple ibuprofen the first day & that is all! I don't have to consider having surgery & going on hormone replacement therapy at 37. I'm not completely pain free, but I feel like a normal woman now. I'm no longer desperate for relief, because I have found it here. Thank you! I'm telling every woman I know about this website. Please feel free to use my name and comments on your website. 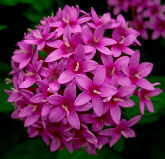 Also, I have a comment about the Bare Minerals makeup. Many of the products do not list parabens, but the Mineral Veil & the moist products like mascara & lipstick do have parabens in them. I'm still using the products that don't have them & I'm quite happy with them. I also wanted to know if you could point me in the right direction to find a sunscreen that will not be harmful? My family is moving back to coast North Carolina, where we spend hours & hours fishing on the beach. I absolutely must use some kind of sunscreen or be burned to a crisp. Thanks for any advice you can give on this matter.

Clifford Bloch, MD a pediatric endocrinologist presented in June of 2006 in Denver, Colorado about young boys that had gynecomastia otherwise known as male breasts. Enlarged breasts result from an imbalance of too much estrogen which stimulates breast growth versus estrogen-inhibiting androgens. It is rare before puberty. 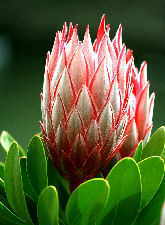 Pediatric endocrinologist Edward Reiter of Tufts University School of Medicine in Springfield, Mass., applauds Bloch for his "impressive, Sherlock Holmes" performance in unearthing what the boys had in common. The rapid reversal of gynecomastia that Bloch accomplished is a rare achievement in medicine, comments Ken Ong, a pediatric endocrinologist at the Medical Research Council in Cambridge, England.

using a shampoo that contained pomegranate. I find it vexing that pomegranate is touted as a source of antioxidants useful for pregnant women. Are these marketers crazy?

Rosemary is a common herb added to health food store shampoos and lotions as an anti-oxidant. Unfortunately, rosemary is very estrogenic. It has made my patients with uterine fibroids have bigger fibroids.

Here is a company that sells progesterone in an oil without preservatives or additives. With a first purchase, they include a list of things to avoid. If you are trying to get rid of a migraine headache, this avoidance list is "pure gold".