One of the good things about all the Vitamin B's is that they are water soluble. So you can take as much as you like, and if there is an excess it just washes out in the urine. The urine just becomes more yellow. You can't overdose on vitamin B. The only annoying side effect is that if you take vitamin B just before you sleep you will have vivid dreams. So I recommend that the patient take the vitamin B in the morning, and not just before bed.

Estrogen Dominance from Environmental Estrogens leads to a vitamin B deficiency. The vitamin B deficiency leads to a neuropathy or nerve disease. There may be a creepy crawling feeling or burning sensation on the legs or arms. This is labeled as restless leg syndrome. There is also a magnesium deficiency that goes with the Estrogen Dominance. The magnesium deficiency leads to tense muscles and then you get the twitching legs of restless leg syndrome.

Environmental Estrogens are chemical estrogens largely from chemicals and herbs that pretend to be estrogen. You get them through the skin from toiletries, cosmetics, and laundry detergent. Anything on the skin is 10 times in potency of what is taken orally. This is because anything taken orally is 90% prefiltered by the liver. But anything on the skin goes directly into the body bypassing the liver.

Vitamin B12 and the disorders of the nervous system.

Vitamin B12, also called cobalamine because it contains the rare metal cobalt, is extremely important for the functioning of the nervous system and the production of red blood cells. The medical and scientific communities have recognized the importance of this vitamin for almost 50 years; in fact, two Nobel prizes have been awarded for research on vitamin B12. Severe deficiency of vitamin B12 can result in serious illness, or even death. As with other vitamins, however, only a small amount of vitamin B12 is required for normal functioning of the body. In a healthy person a well-balanced diet will provide sufficient amounts of vitamin B12.

Foods that are especially high in vitamin B12 include liver, fish, and dairy products. 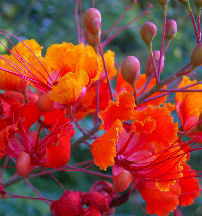 Most people consume an average of about 10-30 micrograms of vitamin B12 daily, only about 1-3 micrograms of which is required for normal functioning of our bodies. There are several conditions, however, that may predispose people to vitamin B12 deficiency. Strict vegetarians and their infants are at risk of vitamin B12 deficiency, as are smokers, people with gastro-intestinal problems or poor absorption of nutrients, or those infested with fish tapeworms. Several congenital diseases or chronic diseases and certain drugs have also been associated with vitamin B12 deficiency. For example, the peripheral nerve damage frequently seen in people with diabetes has been attributed to the effect of high sugar levels in the blood; however diabetics have also been found to have lower levels of B vitamins. Although supplementation of these vitamins has not cured peripheral nerve damage in these patients, some improvements have been reported. Recent reports have also described an association of AIDS and multiple sclerosis with vitamin B12 deficiency.

Symptoms of severe vitamin B12 deficiency can be quite debilitating. In certain people, smoking can cause loss of vision, which is thought to be due to lack of vitamin B12. Other neurological problems that arise from deficiency of vitamin B12 include psychosis and dementia as well as symptoms of spinal cord and peripheral nerve damage. Peripheral nerve damage, or peripheral neuropathy, causes numbness, "pins-and-needles", and weakness of the limbs. Spinal cord damage can lead to impairment of walking, or complete paralysis of the legs as well as to incontinence. Aside from neurological problems, vitamin B12 deficiency can also cause a severe (pernicious) anemia.

A 1988 study published in The New England Journal of Medicine, however, suggested that this test might not be as accurate as was originally thought. The authors of this paper found that people with such symptoms as "pins-and-needles" sensations, unsteadiness, memory impairment, weakness, personality and mood changes, and fatigue had vitamin B12 deficiency that was not detected by the usual test. Only special, more sensitive tests revealed the true level of this vitamin. The editorial that accompanied this article asked, "Could it be that the many cobalamine injections given over the years for vague symptoms were in fact justified?"

Vitamin B12 is inexpensive, has no side effects and very often makes people feel better. In view of this latest information, it may, in fact, make sense for doctors to resume the practice of giving vitamin B12 injections for certain vague symptoms.

I am happy to report a huge relief of breast & ovarian pain from cycts.

I am now into my third month on natural progesterone, avoiding xeno & phyto estrogens as much as possible, and taking the recommended supplements as per your suggestions in the little blue booklet .

I am happy to report a huge relief of breast & ovarian pain from cycts. Two months ago I could not even lay on my side or stomach. Now there is no problem. The endomitrial pain I have suffered with for 10 years is greatly diminished, I feel clearer in my thinking, my energy is coming back, my hair is indeed getting thicker, and I am feeling a new joy in life and very hopeful of even more improvements to come.

Considering that half my life was consumed with endomitrial pain (from ovulation, until menstruation), combined with horrible PMS (which I just thought was NORMAL until I read your literature!) I NOW have an extra 2 weeks every month that I can actually function like a normal person rather than being curled up in bed with pain & exaustion written all over my face.

Please feel free to use my experience in any of your product promotion. I am starting a grass-roots movement to share my experiences with xeno-estrogens to educate other women, and would like to know if you have literature you would like me to pass out when I have my first meeting. I am sharing simply my own experience, but I will definetly be telling them about Progestelle and your research.

Your work is amazing and important, and I want to thank you from myself and from the many women you have helped and will help due to your fantastic research for a new opportunity to live without pain, keeping our ovaries and learning proactively how to take charge of our own health.

With heart felt thanks,